Catriona and her young family recently moved into a very pleasant, traditional house in a quiet, pretty village in North Yorkshire. Their home is spacious and bright, with plenty of light and room for two young children to play and grow.

The house had been beautifully extended at the rear to modernise it but the previous owners had not addressed the issues with the Victorian windows. The main issue was that the old sash windows were draughty and costing a small fortune to keep heated. A second issue was that, aesthetically, the house had lost much of its heritage, in adding secondary glazing to ineffective casement windows. Oddly, though the windows were draughty, during the warm summers the fact that many of them were painted shut meant that there was no way of keeping the rooms cool.

The family decided to invest in the appearance of the property as long as their other issues could be addressed: ­they wanted to save money on their heating bills, remove the draughts but improve the look of the house and they specifically wanted traditional timber windows. They were open to the idea of new double glazed windows but would be happy with having sash window renovation if possible. 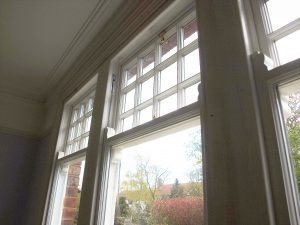 They approached yoursashwindows.com through an internet search for a survey and to discuss what their options were and the prices. We sent the local Regional Site Manager, a joiner, to see Catriona to obtain the details and to arrange for a quote to be provided.

Once the quote had been accepted, for providing double glazed sash windows, the RSM returned to complete an accurate measure so that the wooden windows could be built to fit exactly.

The timescale for bespoke building wooden box sash windows can vary and Catriona was delighted that the original conservative estimate of up to 16 weeks was actually halved ­ from the time of the measure to the completion of the installation took just 8 weeks.

The dates for installation were all agreed beforehand and Catriona was very happy that the team turned up when they said they would and worked as tidily as they could. As Catriona says, “They cleared up after themselves at the end of every day. Just what you want when you have tradesmen in the house.”

She was equally impressed with the way they responded to any minor requests for changes, for example, making the windows less stiff to open, as they were very obliging. Indeed, she was so comfortable with the team that she usually left them with the keys whilst she was out. “They worked efficiently and put the hours in. Though it was a bit of a journey for them, they were here before 8.30 each morning and finished between 4 and 4.30 so we were tidy for the evening.” added Catriona.

She also added that, “The quotation was perhaps too detailed and I didn’t immediately see that there would be an additional charge for any extra lead, though it was on the quote. But that wasn’t bad anyway as they reused a lot of the lead from some of the old windows, which meant we saved money.”

“We also saved money from the original quote as we had included work on some of the sills that the team found didn’t actually need doing when they got to them.”

But the most pleasing comment was from her son who was, “Really pleased that the flags in his bedroom no longer flap in the breeze even when the windows are closed!” 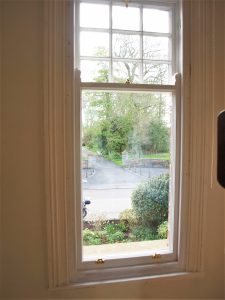 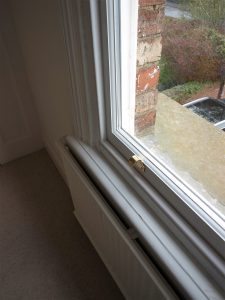 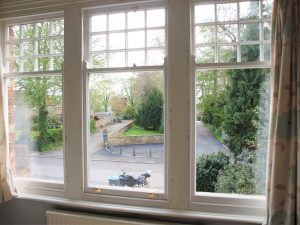 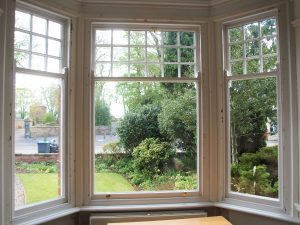 This site uses Akismet to reduce spam. Learn how your comment data is processed.

Please Call Me Back